I’ve been to many cities and every time somebody asks me what my favorite city is, I always respond Copenhagen! You will soon see why! 😉

So, let us start from the beginning, shall we?

It was Thursday night; I still had a cold and was coughing like crazy. Nevertheless, at 9pm I left the house with my suitcase and catched a Strassenbahn to Frankfurt Haupbahnhof, where the train was waiting for me at 10pm, direction Copenhagen, Denmark.

Now, when I booked the tickets, it seemed like a great idea. I thought to myself ‘It is a 12 hour train, but it is direct and at night. I will just sleep in the wagon, without problem.’

So I went inside the train and found my seat, the next thing to do was try to sleep. I closed my eyes and waited patiently for sleep to kick in… 5, 10, 30, 45 minutes later I realized this was going to be a difficult task to achieve. The train was extremely warm, and the seats extremely uncomfortable. Somehow, at the end, we manage to divide the 6 seats between the 3 of us, and we kind of lay down, and it started to work for a while.

After a couple of hours, the other 2 guys left and I had the wagon for myself, so I decided it was time to have some breakfast and enjoy the view.

Long story short, after a 12 hour train adventure, I arrive in Copenhagen at 10:30 am, and went to the hostel.

I stayed in “Copenhagen Backpackers”, and I loved it! The staff was really nice, and I got to talk to this guy who worked there who is from Argentina, and he was really sweet and nice! Gave me lots of tips to get around the city, so I left my luggage in a room and decided to explore the city! It also next to the central station & near the city center, it was like a 10 minute walk. (By the way, when I travel alone or with friends we always use Hostel World, such an amazing site for backpackers!)

I visited Tivoli, Strøget & Nyhavn, all in walking distance, all of it incredibly beautiful!

And at night, I went back to the central train station to pick up a dear friend, and we walked back to Nyhavn, and along the river. We listened to a man playing one of our favorite songs from Yahn Tiersen, and I had the genius idea to jump in small poodles of water, which I regretted 2 hours later, as we were walking out of mc Donald’s, and I was freezing. Zum gluck, the hostel was close and we exchange coats, so it wasn’t that bad, then I made him watch Amelie (How weird is it that he didn’t like it? At least not before) 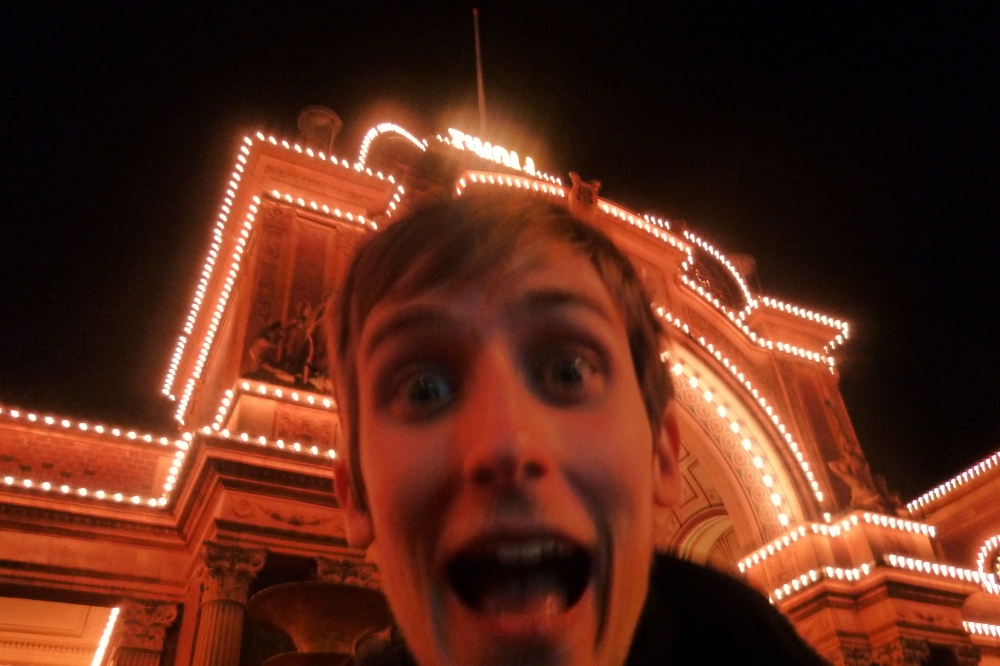 The next day I was super excited to get up! We went to the National Gallery of Denmark!

I fell in love with this painting called “And in his eyes I saw death” by Ejnar Nielsen. 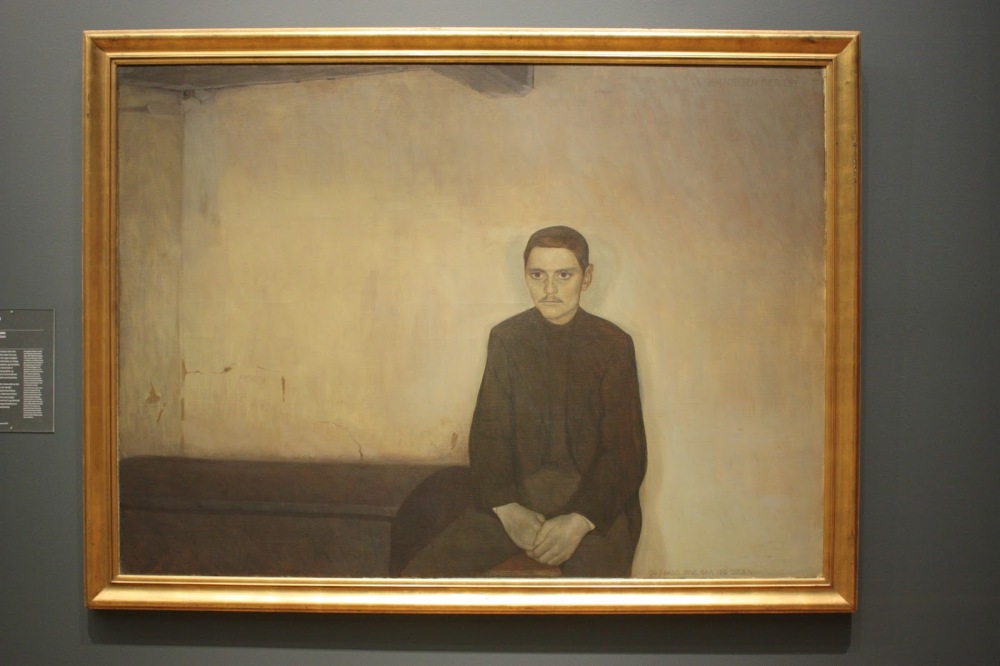 I just love the emotions that are flickering in the eyes of this man, you see love and hate, like he’s trying to hold on to something, but at the same time let go… There’s just something that speaks to me.

After that, we visited Rosenberg Castle that was on our way to Carlsberg Brewery. 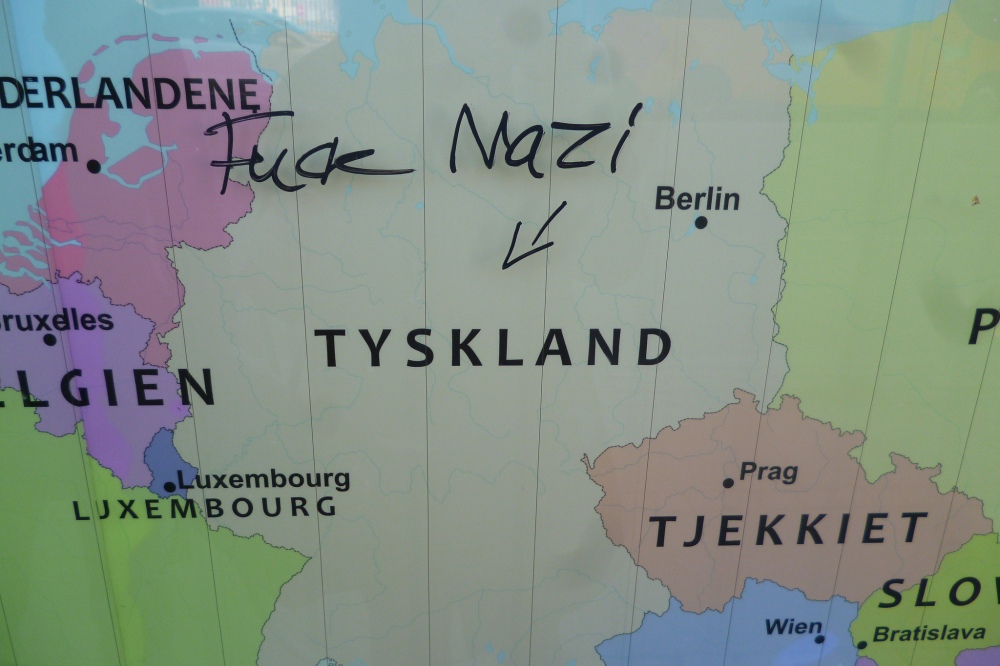 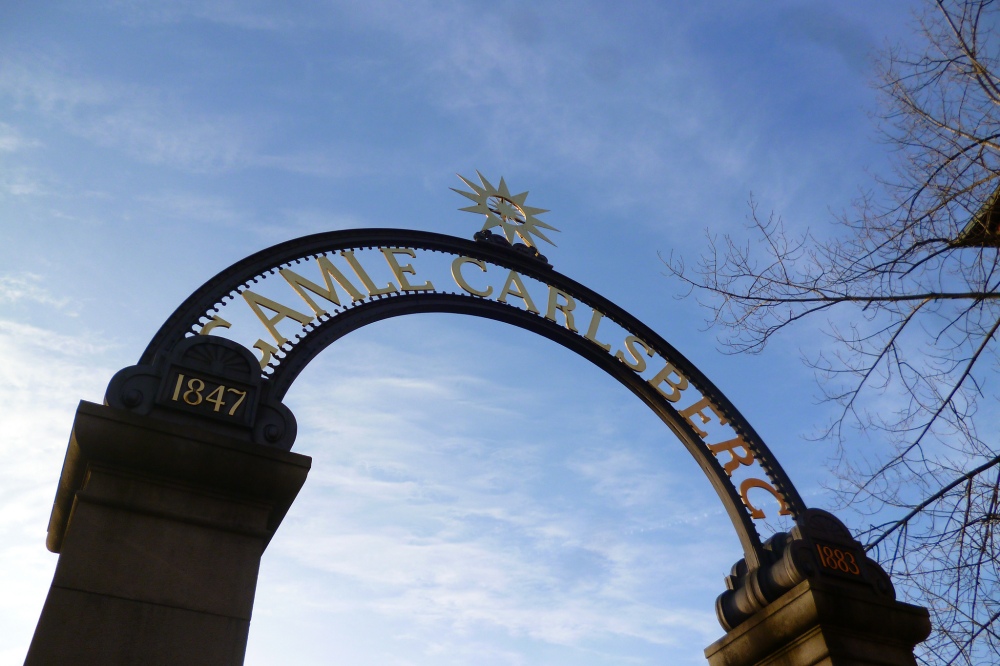 And we finished the day walking around Christiana.

It was such a shame that we weren’t allowed to take pictures, because it was a new world. A world I thought only existed in the movies.

Those words will always stay with me.

“Welcome to the Green Light District!

There are only 3 rules:

On our last day in this beautiful city, we went to see for the little mermaid statue, which is quite pretty, but I have to admit, what surprised me the most was the beauty of the nature. You could see life everywhere, you could finally feel spring coming. It was like waking up after a long nap. Just taking it all in, feeling the sun kissing your skin, hearing the seagulls flying around you, tasting the vanilla ice cream going down your throat, smelling the ocean and the most pleasant feeling of all, being near a person you love and care, sharing it all in silence.

A couple of hours before catching my train back to Frankfurt, we took another stroll around the city. All in all, it was a great trip! You know how they say, that sometimes you meet ‘someone’ and you finally understand why it didn’t work out with rest? Copenhagen felt like this. Before I used to like cities, but I never met ‘the one’. For me, Copenhagen was great. The architecture both modern and old, being able to presence and admire the past and the future. It is also a city full with culture, a walking distance city, but also highly effective when you wish to take a bicycle or the train. It has canals and the sea, and everywhere you turn you see color! It is a city full of life, and I am definitely coming back!