Well, because the Berliners are taking back what it belongs to them. The stuff that the corporate industry is trying so hard to destroy they are bringing it back, in small pieces, but they want the city to survive, one thing at a time.

As I was walking back home, I decided I needed a break from the routine.
I had wanderlust; my soul was craving somewhere new, but where?
I wanted to visit a new country, but there was still a city begging to be noticed in my ‘Must see before I am 21’ list. So, why not? I opened my laptop, goggled buses and hostels to Berlin and 2 hours later I had my reservation and tickets in hand.
Doing this, having the liberty to travel whenever you want is fascinating. The feeling that you control your own life and the rush you get from knowing a new adventure is coming your way is exhilarating.
That same afternoon in Berlin, I went to “Brandenburg Tor” (aka. Nazi party symbol) design by Carl Gotthard Lanhhans, and it was amazing. I have seen pictures of it before, but they never quite capture the essence and the details of it (Do they ever?). Now, this place was a former gate that the Germans rebuilt around the year 2000 after it suffered collateral damage from World War II like holes in the columns because of the explosions that happened around Parizer Platz. On top of the columns, there are four horses that Victoria (the Roman goddess of Victory) is driving, which are really beautiful and bigger than expected.

The next day, I took this alternative walking tour around Berlin, and had the best time ever! Berlin is a city of constant movement and details everywhere to be found. Up, down, sideways, everywhere you look, you will find an amazing graffiti, poster or sticker.

We started walking around empty streets and the first graffiti we saw was by ‘1up’. Just by seeing what they do, it’s truly amazing. I mean, sure, it is illegal, and before I used to think it was trash and not art. Nevertheless, these people really love what they do, you can feel their passion in what they paint or write.

We also got to see some work of “El Bocho” a guy that paints “Little Lucy”, she’s a girl that has a bad relationship with her cat and kills it or tortures it in different ways, and when you think about it it’s really sadistic, but the drawings are so cute you kind of forget about it, which is the whole point.

He also has two other characters, one being “Berlina”, an adorable girl with short red hair that gives tourist advice, and another one that is girl in a relationship with a guy. This guy being Berlin itself and what she does is that she says things that she misses from the city, buildings or zones that have been taken away and replaced by some corporate animals. In her own way, she is a form of rebellion, a form of expression, a way to speak up. 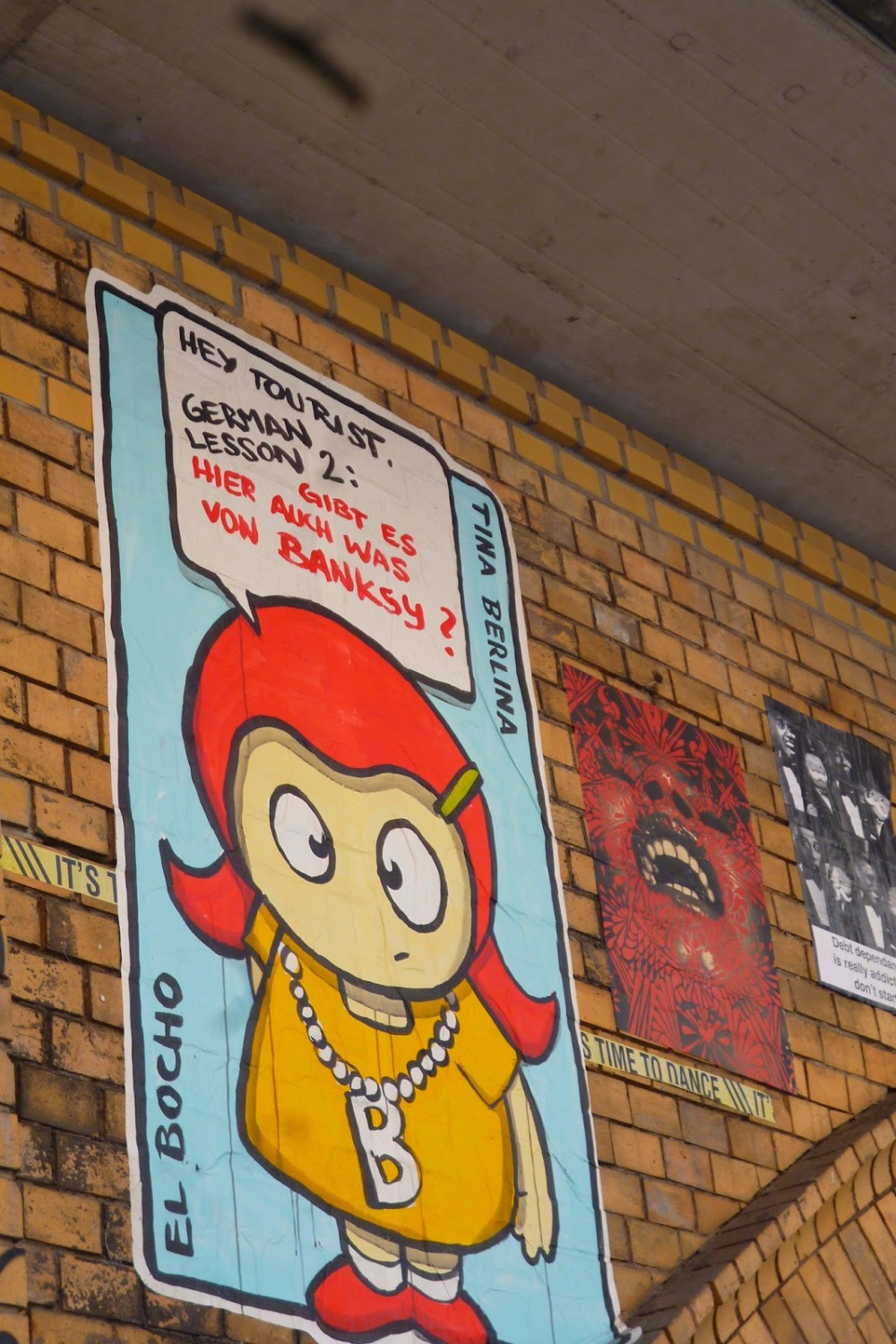 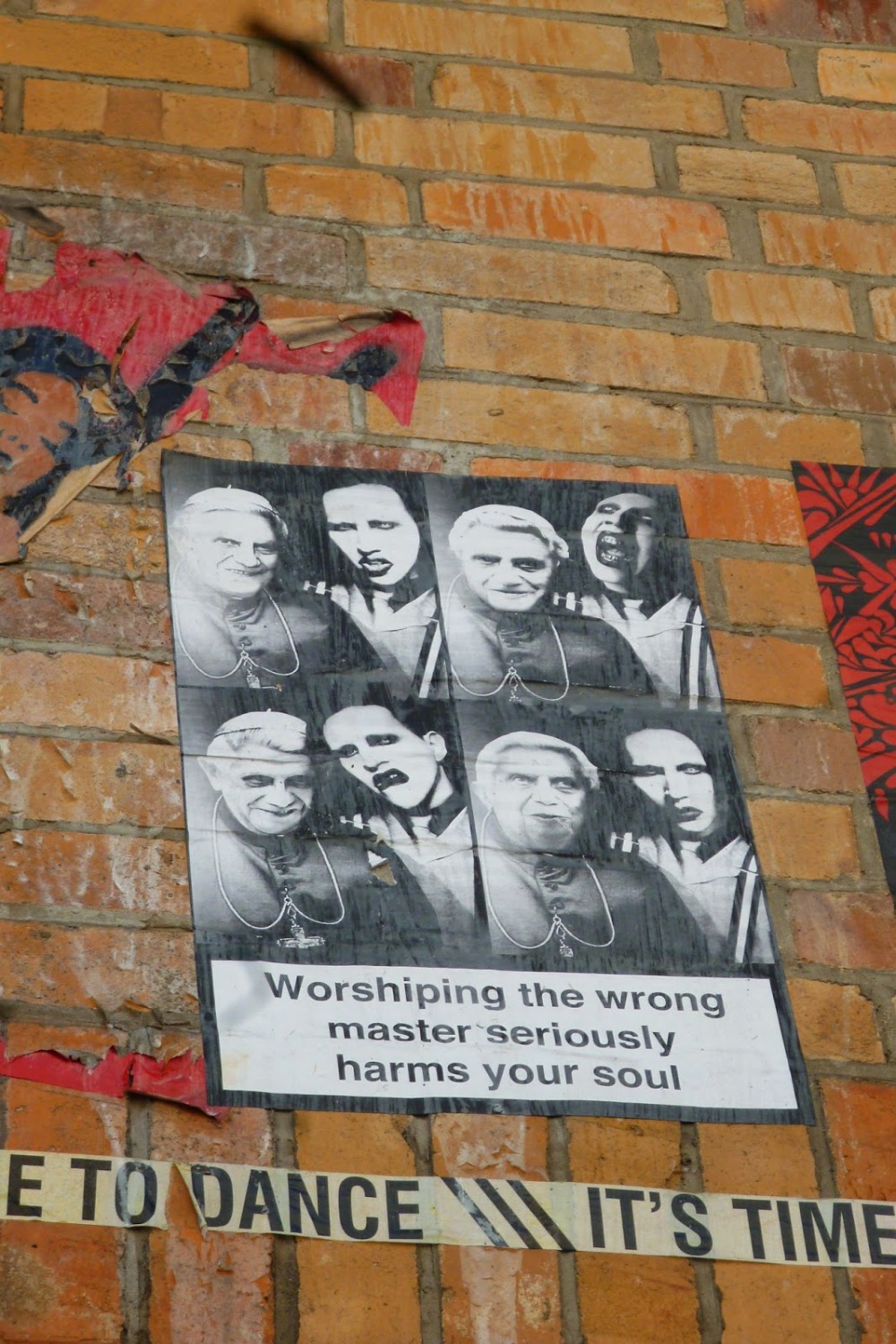 A corporate company is starting to remove parts of the remaining wall to install new condos, causing some people to really be outrage by this and frankly so am I.

They are taking a part of Berlin away, and for what? Again, for corporate animals that do not care about the habitants of the city, and more than just a wall, they are taking the essence, a memory, a past away… Sure, it is not the prettiest of the past, but it reminds you of liberty (ironic, isn’t it?). Not so long ago people were fighting to take the wall down and now they are fighting to keep it up. 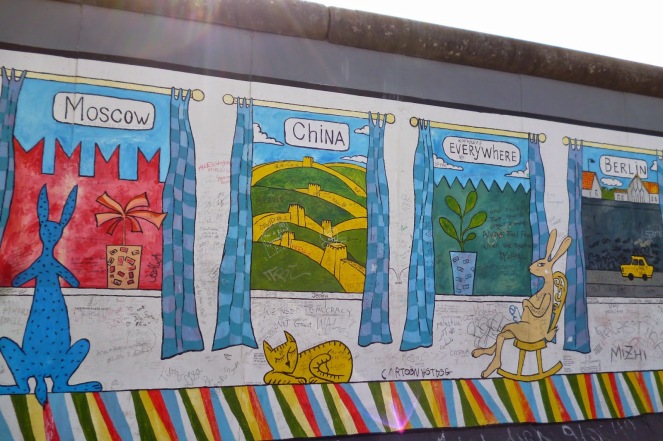 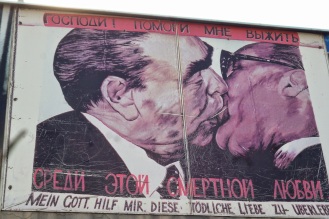 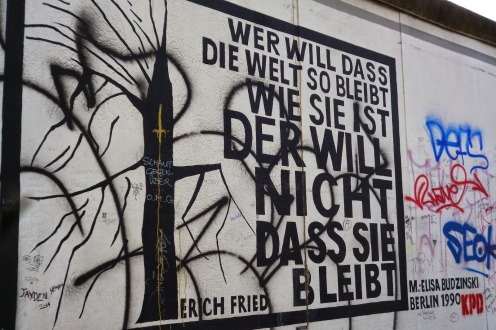 And so it went like this the rest of the time there, walking around little streets, admiring the architecture, enjoying some currywurst and pommes, stopping every 5 seconds to read what the walls have to say.

Berlin turned out to be a beautiful city where anybody can express what they feel, and naturally, I left a little graffiti of my own. I was not so sure of coming, but I do not regret it, when you have time you should really come here. It’s very different from the rest of Germany.

Berlin is like the cool loud neighbor in the suburbs. 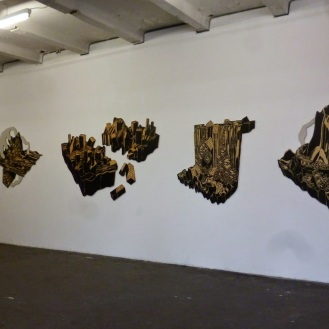 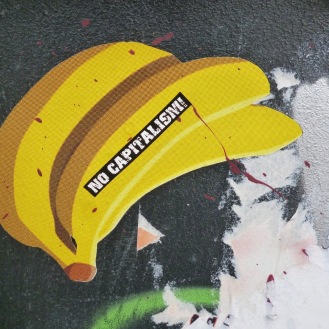